Domestic objects that are usually considered visually worthless turn out to have qualities that are easily overlooked.

In 3h, Foam’s exhibition space for young international talent, Annegien van Doorn presents photographic and video work that establishes relationships between ordinary, everyday and banal objects from our daily lives. The objects that Van Doorn uses in her work move beyond their day-to-day function and thus take on a new form.

Through playful, humorous and absurd actions, these trivial objects reveal the appeal and sexuality that is hidden behind their homely appearance and they pay an unexpected tribute to the imagination. 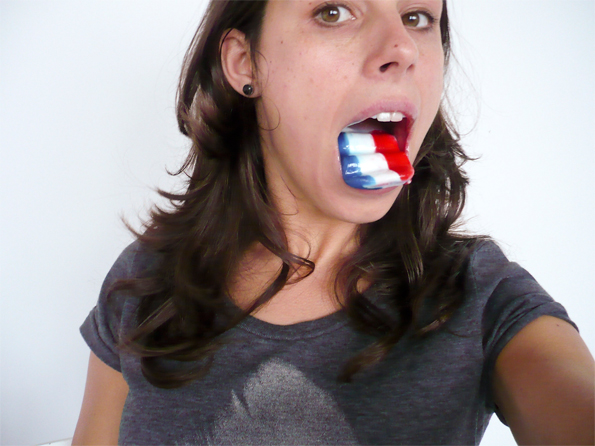 ‘How do we find meaning in our daily life? I choose the places where we use and transform our surroundings day after day, and I look for traces of these interventions that say something about our needs and desires, about who we are or want to be in this world.’

When Annegien van Doorn enters a space, she focuses on objects: every object has a history. Each has been produced by someone and placed in a specific place with a specific reason.

What fascinates her is the idea that an object can change into something else, despite the fact that it was designed for a clear purpose. In her work, she carries out these kinds of interventions herself by rearranging ordinary objects and placing them in new contexts. Minor events thus are transformed into monumental ones and the familiar becomes uncommon. By documenting these tableaus with a photo or video camera, the objects are freed from their original purpose and take on a new meaning.

This exhibition has been made possible by the Van Bijlevelt Foundation and the Gieskes-Strijbis Fund.

ABOUT ANNEGIEN VAN DOORN
Annegien van Doorn (1982) earned a degree in Photography at the St. Joost Academy in Breda, Netherlands, in 2004. From 2006 to 2008 she followed a Master of Fine Art programme, ‘Arte y Contextos Intermedia’, at the University of Barcelona.