Kertész is famous today for his extraordinary contribution to the language of photography in the 20th century. This retrospective marshals a large number of black and white prints as well as a selection of his colour photographs and historical documents, highlighting his exceptional creative acuity to reconfigure reality through unusual compositions. 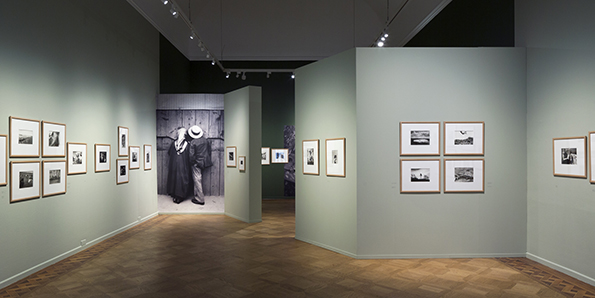 The exhibition comprises of his early work made in Hungary, his homeland, to Paris, where between 1925 and 1936 he was one of the leading figures in avant-garde photography, to New York, where he lived for nearly fifty years. The exhibition pays tribute to a photographer whom Henri Cartier-Bresson regarded as one of his masters, and reveals, despite an apparent diversity of periods and situations, themes and styles, the coherence of Kertész’s poetic approach.

In 1984, a year before his death, Kertész donated 100,000 negatives and 15,000 colour slides, letters and other personal documents to the French Ministry of Culture. A large selection of around 200 of these photographs can be seen at Foam. A selection of unique historical documents like illustrated magazines, photobooks, contact sheets and dummies is also part of the exhibition.