> Discover the exhibitions currently on view at Foam

As a political refugee who lived under constant government surveillance, the artist feels related to the growing influx of refugees attempting to enter Europe. Since his first visit to the Greek island of Lesbos in December 2015, he and his team have travelled to refugee camps all around the Mediterranean, including in Syria, Turkey, Italy, Israel and France. 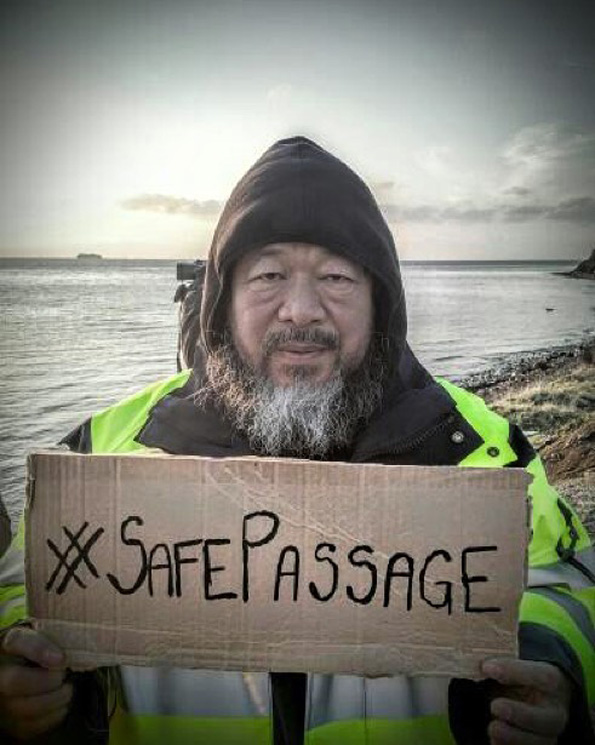 The exhibition #SafePassage in Foam deals with the fate of the individual versus the overruling systems of society, switching from Ai Weiwei’s personal experiences as a refugee of the Chinese Government, to the hundreds of thousands refugees and migrants who risked their lives to reach Europe, only to find their path barred by a succession of border closures.

Alongside marble sculptures and films, Ai Weiwei has covered the walls of Foam with thousands of photographs taken on his mobile phone. This immense collage reflects on all the personal encounters the artist has had with individuals and the tragic situation unfolding in the Mediterranean, bringing to our attention what is, in his own words, "the biggest, most shameful humanitarian crisis since World War II".

This exhibition is made possible with support of the FFFCVM Foundation and De Heus-Zomer collection.