ADE X Foam: Planet Core by Boris Postma
This October, Foam and ADE join forces to present the work of Boris Postma. The exhibition brings together a selection of photographs from Postma's series Planet Core, in which he captures the unique aesthetic of one of the most original subscultures of recent decades: Gabber.

Gabber music is the black sheep of the Dutch music family. A total outsider, gabber is anti-culture, a pain in the ass of the mainstream. Gabber is crude, bold and raw. Gabber is fooling around. Gabber is pain. Gabber is steel. But Gabber is also unconditional companionship, love and affiliation, honour, pride and honesty. Gabber is family.

Artist and photographer Boris Postma has experienced Gabber like few others. He discovered gabbers and hardcore fans in Japan, Italy, and Germany and was welcomed into their local scenes. He ate, slept and hakte (the accompanying dance) with his new friends, recording their lives with love and dedication. In a nuanced manner, Boris not only focuses on the sometimes extreme and sensational visual identity of this subculture, but strives to show the human side of it. 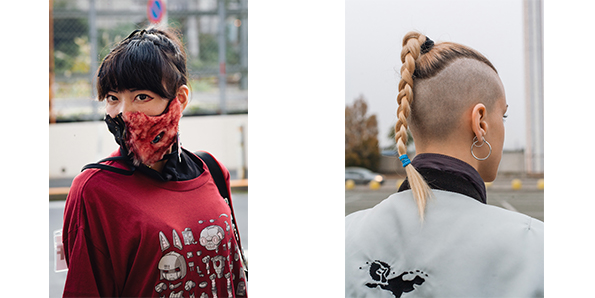 ABOUT BORIS POSTMA
Boris Postma (1985) lives and works in Amsterdam. In his work, Postma explores identity in a world which aggressively bombards us with pop culture, brands, and lifestyles. By studying aspects and behaviours within subcultures and social groups, Postma hopes to create understanding and recognition for those who are usually condemned. He has participated in exhibitions in Paris, Zurich, Toronto and Milan, researched the local hardcore history for Art Rotterdam, and functioned as a gabber oracle for Nike. Postma’s editorial photography work has been published by international publications including Boiler Room, Dazed & Confused, i-D Magazine, Indie Magazine, and Vice Magazine. In addition, he has contributed with pictures and articles to the Thunderdome 25 year jubilee book.

The prints in the exhibition are produced by Kleurgamma.