In Inspired by... a talented young photographer highlights an image that has inspired them throughout their career.

Piero Manzoni’s Base of the World (Socle du Monde)

Having a conceptual approach for my photographic work I am always inspired by artists, who are able to show the world through a completely new angle. And there is one work that carries that idea to extremes and for me can’t be topped by any other thought: It’s Piero Manzoni’s (1933-1963) Base of the World (Socle du Monde) from 1961.

He creates a totally different perception of our planet by placing a large metal plinth upside down right in the middle of a field in Herning, Denmark. The inscription on it 'The Base Of The World, Homage To Galileo' is the ironic and very smart proclamation that the entire earth is a sculpture. Piero Manzoni was part of the Italian Arte Povera movement in the 1960s and exhibited at the famous show When Attitudes Become Form at the Kunsthalle Bern in Switzerland in 1969, curated by Harald Szeemann. Manzoni is also known for his cans containing “artist’s shit” (with a value over 100.000 Euros) or his line works, where he stores various lengths of lines in wooden cylinders.

So it’s the new consideration of an artwork and the reconsideration of the artist role that is fascinating me with Manzoni and is still influencing my work. As Manzoni, I am also interested in seeking to question ephemeral phenomena and standards of daily life, relating particularly to photography. Referring to sound and silence, light and shadow or presence and absence, I systematically scrutinise and reflect various media and objects.

Eva-Maria Raab, born in 1983, is an Austrian artist based in Vienna. She degreed in 2010 at the “Ecole Nationale Supérieure des Beaux-Arts“ in Paris. Through multiple media ranging from photography, installation and objects, Raab’s work focuses on the question of time and space, especially its digitalization through modern technologies. Raab seeks also to question daily stereotypes and standards referring to phenomena like social online networks, mp3-players or passport photographs. She systematically scrutinises its practice and usefulness concerning individual and mass, present and past, sound and silence, presence and absence.

Playing with space and meaning 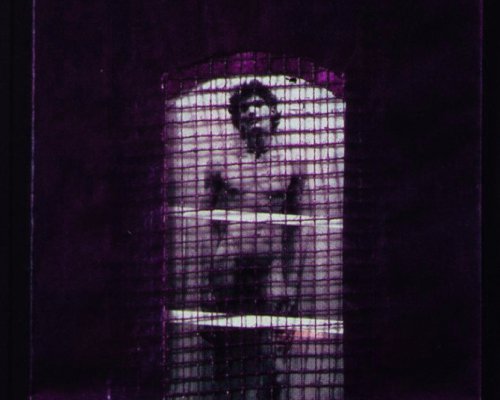 Somewhere between confidence and apprehension