A Visual History of Violence

Foam curator Hinde Haest introduces us to the work of Indrė Šerpytytė, a Lithuanian artist who incorporates archival traces of her country’s communist history into her own unique vocabulary. 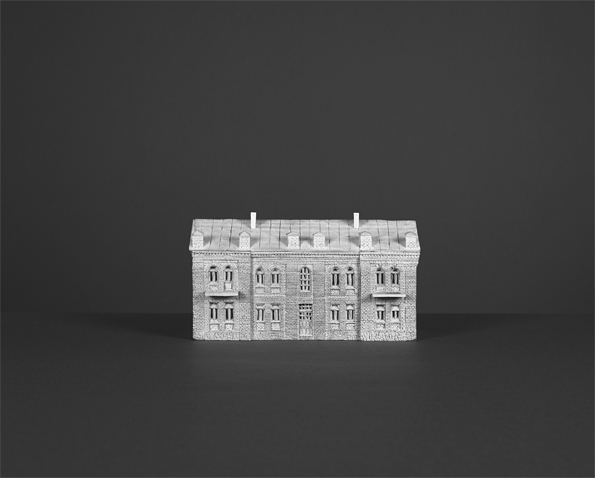 Indrė Šerpytytė (b. 1983 Palanga, Lithuania) is best known for her work dealing with the Soviet history of her home country, Lithuania. Using historical objects and the archive as points of departure, she reconstructs a photographic narrative that is both personal and collective: she was 8 years old when the Soviet Union was dissolved in 1991, and her father was the Lithuanian Head of Government Security. According to Šerpytytė, his mysterious death in a car crash in 2001 kindled the increasing prominence of the political in her work.

Shirts, from the series A State of Silence, 2006 © Indrė Šerpytytė

The death of her father directly inspired the series A State of Silence (2006). Šerpytytė photographed impeccable white collared shirts, meticulously aligned stacks of A4 paper and leather briefcases, isolated against a black background. Placed under a spotlight on what looks like an interrogation table, these ordinary items are transformed into forensic exhibits under investigative scrutiny. With her camera, Šerpytytė renders icons of bureaucracy into anonymous testimonies to the injustice of a faceless system.

From the series Drancy, 2009 © Indrė Šerpytytė

REPHOTOGRAPHY
Working extensively with historical archives, Šerpytytė underlines her concern for objects as historical witnesses as well as vessels of memory. A lesser-known example is Drancy (2009), a series that approaches visual traces of political violence outside Lithuania. Šerpytytė rephotographed archival material of Cité de la Muette, a modernist social housing complex in the Parisian outskirts that functioned as a makeshift transit camp for French Jews during the Second World War. By choosing the same composition and viewpoint as was adopted in the archival photographs, Šerpytytė uproots a forgotten political history and simultaneously reveals contemporary socio-economic inequalities which continue to characterize the site.

Šerpytytė’s archive-based method has been the subject of significant international attention. The (1944-1991) series (2009-2015) was exhibited in Conflict Time Photography in Tate Modern, London (travelling to Museum Folkwang, Essen and Staatliche Kunstsammlungen, Dresden) in 2014-2015 and in MoMA’s Ocean of Images: New Photography (2015), a biennial survey of contemporary photography’s status quo. For the project, Šerpytytė photographed houses in Lithuania that were occupied by the NKVD, MVD, MGB and KGB as interrogation and torture sites. She subsequently sent the images to a woodcarver in Lithuania – who she had never met – and photographed the models he crafted. Set against a grey background (because ‘history is never black and white’), these images of otherwise ordinary-looking houses constitute her personal quest to materialise a waning collective memory. 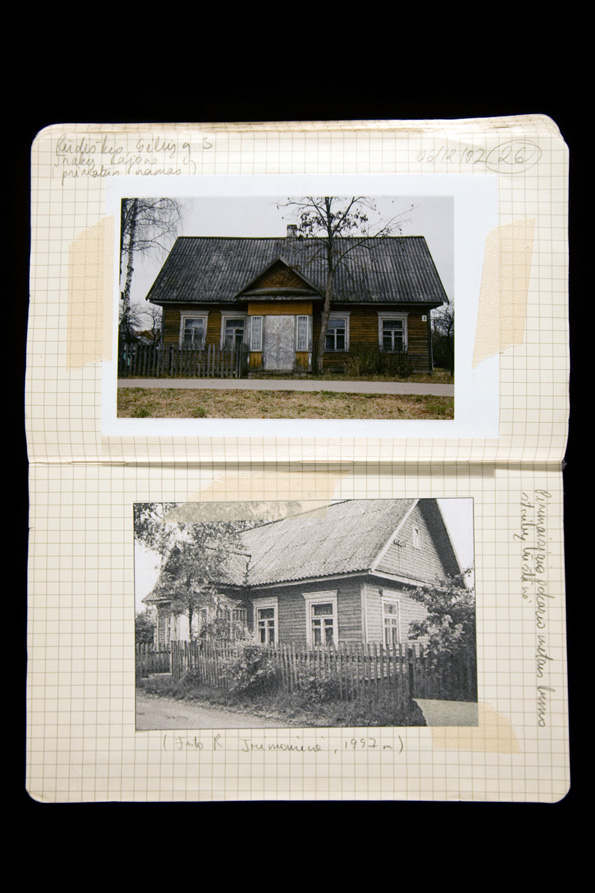 STALIN’S WORLD
The models and notebooks that she kept for (1944-1991) were exhibited along with the photographs, indicating that her process is as much a part of the work as the resulting photographs. In her latest series the conflation of personal and collective archive takes on a rather literal form. For Pedestal (2016) she photographed Soviet statues of Lenin and Stalin that have been relocated to Grūtas Park, now an entertainment site also known as ‘Stalin’s World’. She traced archival images of the statues in their original locations and combined this historical footage with her own photographs. The montages display the double life of a single object as it is handed down in time. The top half of the image shows the busts in full colour surrounded by serenely swaying trees, while the bottom half shows the pedestal in black-and-white as the centre of a Soviet rally in a public square. 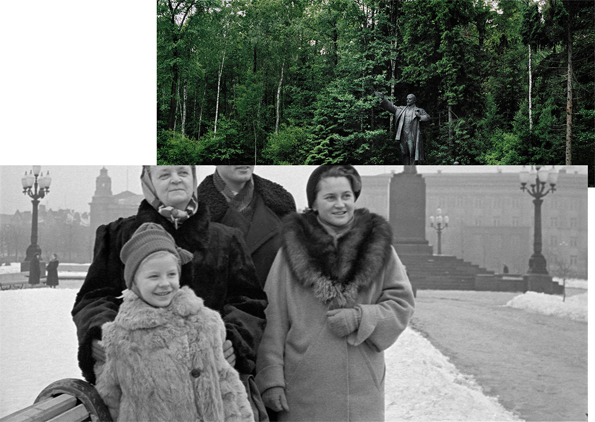 Her images are accompanied by archival voice-over fragments describing the dismantling of the statues for the blind, reading lines such as: ‘Lenin’s torso is driven away in the back of a truck. His only remains on the pedestal are his two feet cut off at the ankle.’ The bizarre descriptions, as well as the statues’ new-found function as theme park attraction and as backdrop for countless selfies, aptly capture the culture of spectacle to which they are once again subjected. Šerpytytė’s photographs carefully contrast the gimmicky status of Soviet trivia with their history as icons of Soviet-oppression.

Šerpytytė is not unique in her fascination for found footage and archival material. What sets her work apart is her way of integrating the footage into her own (often personal) visual vocabulary. Rather than documenting or retelling past atrocities, Šerpytytė investigates how they are experienced, internalized, actively sought and mediatized. Her findings are haunting but not accusatory, commemorative but not sentimental, systematic but not cold or analytical. Her work investigates the physical forms in which inherited memory and violence – to which artist or viewer may not have been directly exposed – are collectively experienced nonetheless.

Indrė Šerpytytė was born in 1983 in Palanga, Lithuania. At the age of 14 she moved to the United Kingdom, where she currently works and lives.

Her latest series Pedestal will be shown in Parafin Gallery in London from 23 September – 12 November 2016.

Her work is represented in public and private collections, including the Victoria and Albert Museum in London, the National Media Museum in Bradford and the David Roberts Art Foundation in London.

Šerpytytė received the Magenta Foundation Award, Canada (2010), the National Media Museum Bursary, England (2009) and the Jerwood photography prize, amongst others. 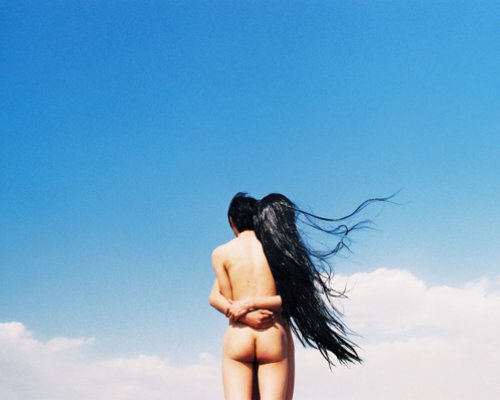 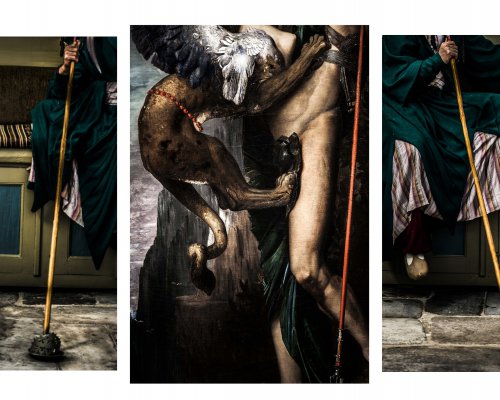 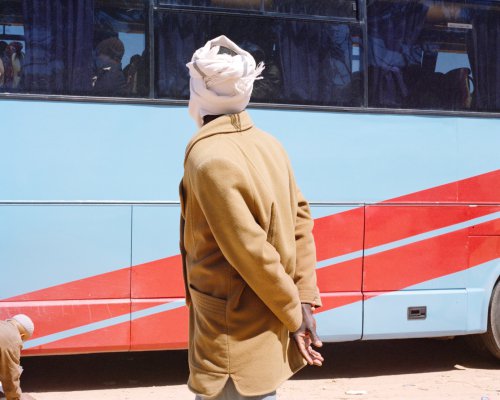