Expected at Foam 18 September - 1 November 2020
To ensure a smooth visit, an online ticket reservation is preferred. Click here to reserve your ticket or here to read more information.

In Afropean writer and photographer journalist Johny Pitts (Sheffield, UK) examines the life of black communities, traveling across Europe. In search of the "Afropean" identity he went across the continent traveling from London to Paris, via Brussels, Amsterdam, Berlin, Stockholm, Moscow, Rome, Marseille, Madrid and Lisbon sketching an underexposed story about the continent in words and images. He traveled to Amsterdam to hear from The Black Archives about Hermina and Otto Huiswoud, fighters against colonialism and for black communism. He documented Cova Da Moura, the Cape Verdean Favela on the outskirts of Lisbon with its own underground economy and visited the Clichy Sous Bois district in Paris, where uprisings erupted in 2005 following the deaths of Bouna and Zyed, two boys who died after a chase hidden from the police.

Johny Pitts: “These scattered fragments of Afropean experience had formed a mosaic inside my mind ( … ) the Afropean reality was a bricolage of blackness and I’d experienced an Africa that was both in and of Europe.” - Afropean. Notes from Black Europe, p.380, London 2019

A selection of photos appeared in the book Afropean: Notes From Black Europe published by Penguin in 2019 for which Pitts was recently awarded the Jhalak Prize. Pitts is also the founder of the online platform Afropean.com.

This exhibition takes place on the occasion of Forum on European Culture, organised by DutchCulture and De Balie. The exhibition is curated by Johny Pitts and Foam.

Interview
On 18 September at 20.00 hrs the Forum on European Culture is organising a public program in Foam. Johny Pitts will give an interview about his project and his view of Europe. Tickets can be booked via De Balie

Forum on European Culture 2020
After previous successful editions, De Balie and DutchCulture are organising the Forum on European Culture for the third time from 17 to 20 September 2020. During this four-day festival full of art, culture and conversation, international artists, thinkers and audience come together, both online and physically, to depict a better future for Europe. This year's festival is entitled: We, the People.
https://cultureforum.eu 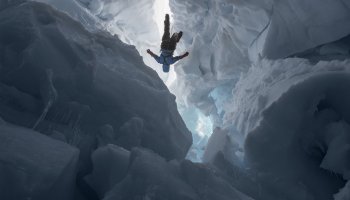