Anton Corbijn
Foam presents a new series of work by one of the highest-acclaimed Dutch photographers in the world.

Anton Corbijn is interested in how artists struggle with the creative process: the pain and the drama of the act of creation. His monumental black-and-white portraits blend austerity and aesthetics and attract attention because of the deliberate and exacting way they capture the character of the person being portrayed. The work shows Corbijn’s focused gaze, his feeling of wonder and his ability to empathise with another.

In spite of the styling and the apparent coolness of the images, Anton Corbijn’s photos have their own unique kind of intimacy. In this series of portraits, Corbijn reveals an extremely personal and contemplative vision of artists which in many respects are decisive for our time and culture. The portraits give insight into the artists depicted as well as the creator of these intriguing photographs. 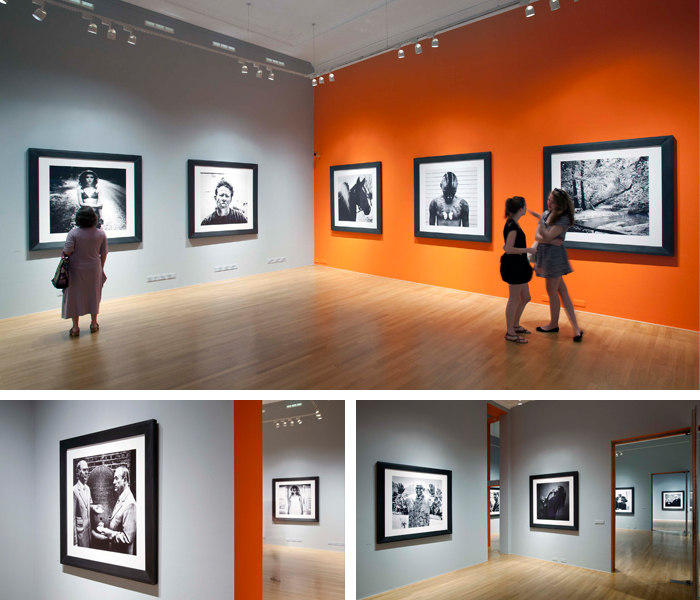 This exhibition has been made possible with support from main sponsor Delta Lloyd and Audi.

ABOUT ANTON CORBIJN
In recent years, Anton Corbijn (Strijen, Zuid Holland, 1955) has been mainly known as the director of feature films such as Control (2007) and The American (2010). However, his love for photography has remained. During his career of more than thirty years, he has worked with countless musicians and actors and has been the ‘house photographer’ for bands such as U2 and Depeche Mode. Corbijn has also directed numerous music videos; for Nirvana, Coldplay and Johnny Cash, among others. His photographic work has been exhibited in many prominent institutes and museums, from the Deichtorhallen in Hamburg to the Photographic Research Center in Boston and the Kunstmuseum in Vienna. A number of monographs of Corbijn’s work have also been published.

Throughout the years, Corbijn’s work has continued to be innovative. In addition to photography, he has delved into graphic design, producing music videos and film. A decisive factor in the power of his work is that it originates from a strong personal involvement with his subject. This results in photos that differ sharply from the usual stereotypical images of celebrities.

Many of Corbijn’s photos are characterised by an unexpected insight into the psyche of the person being portrayed. His photos always add something extra to what already exists and is known. It is because of this that numerous photos by Corbijn have grown into internationally recognised icons over the years – world-famous photographs of stars such as David Bowie, Miles Davis, Tom Waits, Bono and Clint Eastwood. It can safely be said that entire generations worldwide have grown up with these photos.