Foam presents the first solo museum exhibition of the French artist Solène Gün (1996). Her project Turunç is a series portraying the everyday life of young men of Turkish descent in the suburbs of Paris and Berlin. Herself of mixed French, Turkish and Kurdish ancestry, Gün seeks to capture their social environment. Her photographs document the hope, fraternity and solidarity that unites them as a community, despite the boredom, the violence and the despair they are confronted with.

Solène Gün transcribes this tension into a visual language, in which intimate close-ups alternate with averted faces and anonymous facades. She focuses on symbolic details, such as a necklace, a prayer rug or the silhouette of a brotherly handshake, collectively becoming a sign system referencing these young men’s roots. Through her poetic images, Gün creates empathy with a group that is frequently the target of negative stereotypical images, and that is torn between the conflicting urge to escape notice and to assert themselves. In her work, the suburbs become a universe apart, out of sight or interest of the public authorities, where a lack of perspective goes hand in hand with strong mutual solidarity. In Gün’s work, identity is examined as a vulnerable entity, balancing between who you are and how you’re being perceived.

The title of the work, Turunç, means ‘bitter orange’; a fruit commonly found in Turkey. In Gün’s work, the fruit is a metaphor for the hope and expectations that are often not fulfilled. Gün herself grew up in a Parisian suburb before moving to Switzerland with her family. During her study, she decided to return to her roots and had to find her way back in via various intermediaries. Whether in Paris or in Berlin – where a district is even referred to as “Little Istanbul” on account of the large Turkish population there – Gün recognises the same kind of issues. Her work is therefore not so much about the specific location that she documents, but the general phenomenon of life in the suburbs, that is, in the fringe of society. 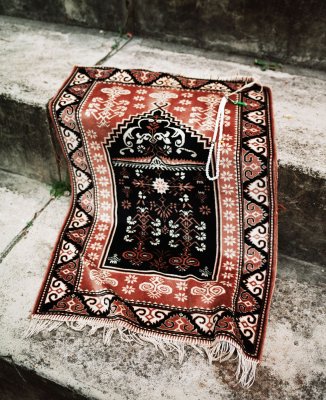 SOLÈNE GÜN
Solène Gün (1996, FR) studied photography at ECAL (CH). She won the Photoforum Prize 2018 and the Swiss Design Awards 2019 for the graduation project Turunç. The series was also selected for the shortlist of the MACK First Book Award in 2019. Solène Gün lives and works in Bienne (CH) and Paris (FR).

FLORENTINE RIEM VIS GRANT
Solène Gün is the third recipient of the Florentine Riem Vis Grant. This grant was established in memory of Florentine Riem Vis (1959-2016). It is awarded annually with the goal of supporting young photographic talents in the development of their artistic careers.

The exhibitions in Foam 3h are sponsored by the Van Bijleveltstichting and Kleurgamma Fine-Art Photolab.

NOTE TO EDITORS
For information and visual material please check www.foam.org/press or contact the Press Office of Foam on +31 (0)20 5516500 / pressoffice@foam.org.